The music label intuition is devoted to the large variety of musical forms of expression throughout the world. Over 500 productions in excellent recording quality presented by internationally acclaimed artists bear testimony to that. Seven catalogues contain demanding recordings which have something to say to us. And since great art usually is not the art that honours but cross boundaries, the various musical forms that can be found in these recordings range between experimental classical music, traditional world music, groovy jazz music, relaxed ambient music and music for newly invented and rediscovered instruments. 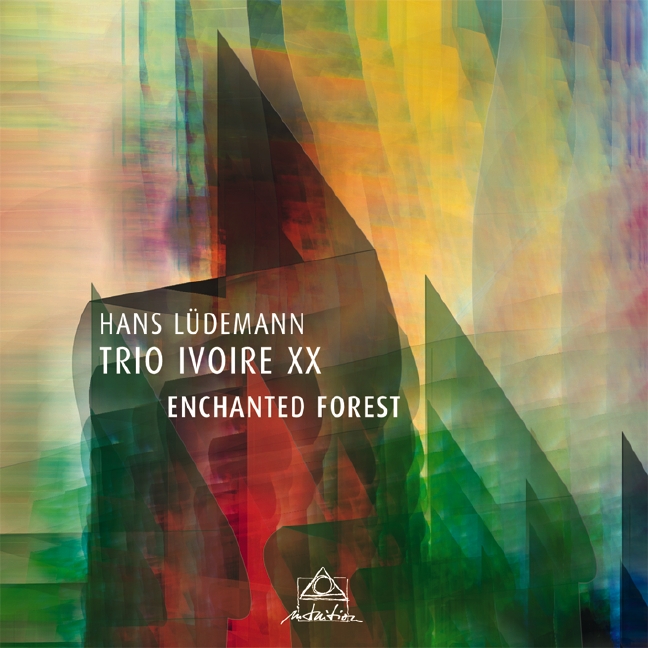 Hans Lüdemann TRIO IVOIRE XX
To celebrate the 20th anniversary of Trio Ivoire’s unique synthesis of African and Western music, Hans Lüdemann and the other members of the trio came up with a very special project that expanded the size of the group as well as its musical possibilities: the three men in the group are joined by three internationally known female jazz singers – Simin Tander, Tamara Lukasheva, and Amanda Becker – as well as Lisa Wulff on double bass and Alexandra Grimal on tenor sax.
Hans Lüdemann TRIO IVOIRE XX: Enchanted Forest 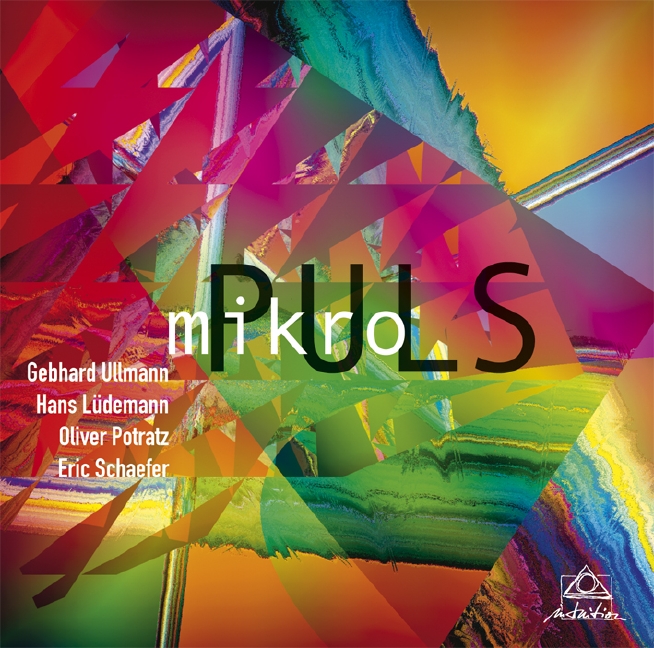 mikroPULS
Gebhard Ullmann, Hans Lüdemann, Eric Schaefer and Oliver Potratz – they are PULS an acronym for the family names of the band members. mikroPULS lets us participate in an excursion by these four musicians into unknown territory. The music of mikroPULS lives in the space between the extremes of discovering new worlds and returning to the roots of African-American music.
mikroPULS 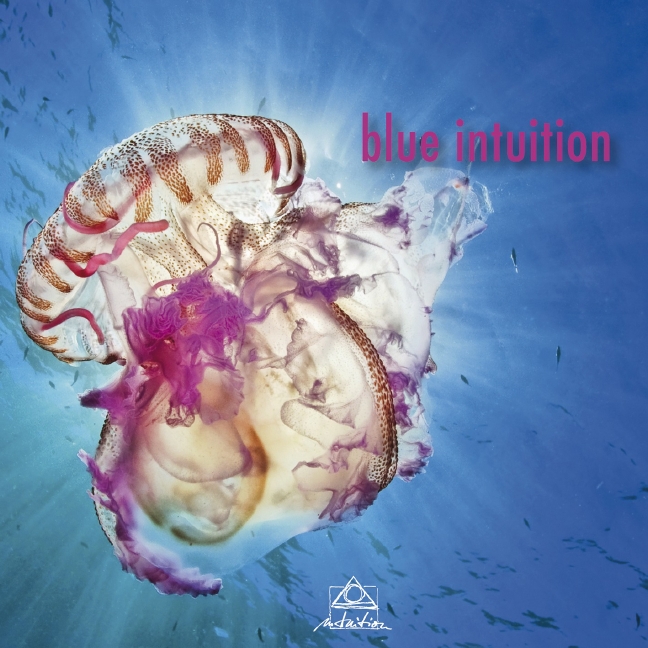 Moments full of blue intuition
Hold your breath and dive into an underwater world far from the stresses of daily life, with extraordinary creatures gliding weightless through the endless blue. Your ears can also experience such moments that never seem to end, filled with the pleasures of jazz. Sink into a stream of melodies like fronds in an undersea forest. Float in the tranquil grooves as the surf rolls overhead and the light filters gently down to reveal an astonishing spectrum of movement and color.
Blue Intuition 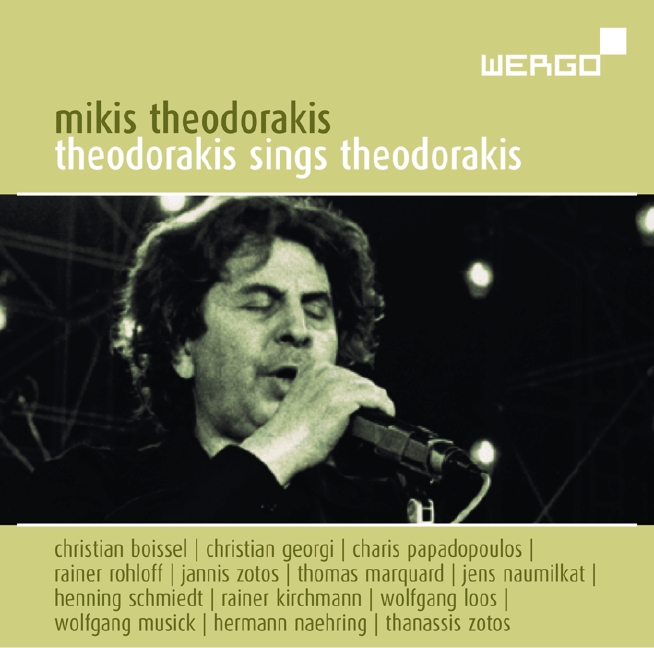 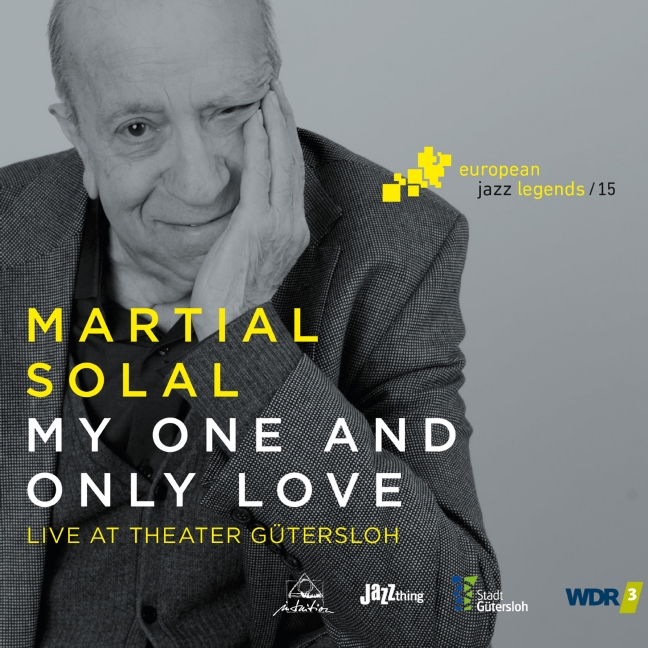 European Jazz Legends 15
“Martial Solal has, in abundance, those indispensables of the musicians’ craft: sensitivity, creativity, and a prodigious technique. Most of all, he sparkles with refreshment.” These words of praise were written by his “soul brother” Duke Ellington for Solal’s US debut album IN 1963. More than half an exciting century later the legendary French pianist and composer once again proved why the Duke loved him madly.
Martial Solal: My One And Only Love 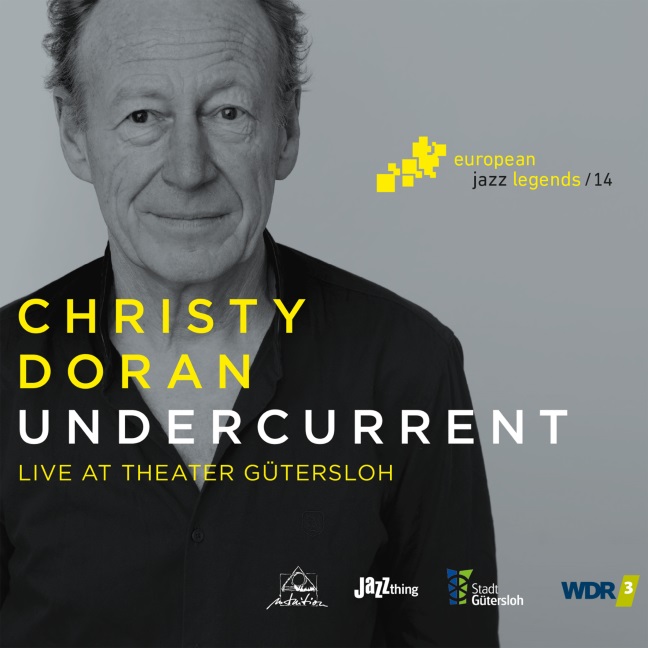 European Jazz Legends 14
If Christy Doran looked anywhere near his age, the name of the group he presented in concert at the Theater Gütersloh in the summer of 2017 could easily be misread. But since the Irish-Swiss guitarist not only looks, but moves, sounds and thinks nowhere near his 68 years, this trio is surely not (primarily) a “fountain of youth”, but a collective, constructive, and ever flowing “Sound Fountain”.
Christy Doran: Undercurrent 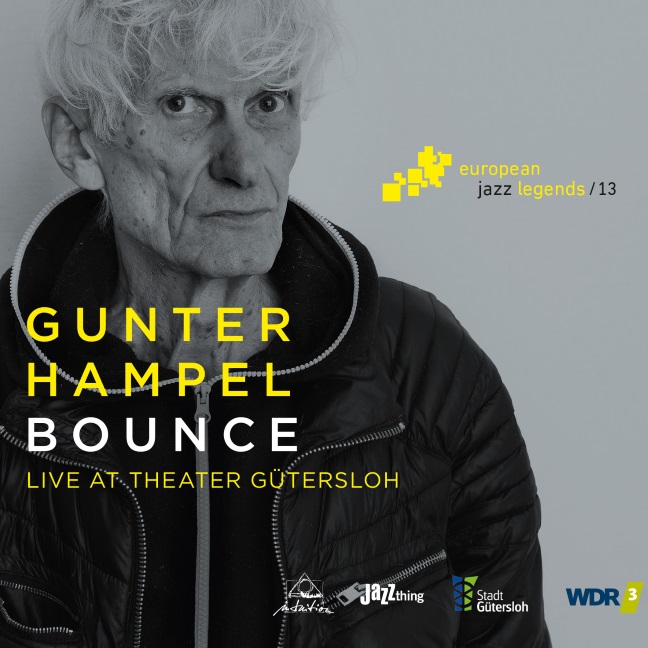 European Jazz Legends 13
Music is a timeless force, constantly ebbing and flowing, a steady sea of sound. At once reliable and unpredictable, there are few people who personify the ever changing and evolving nature of music – of Jazz in its freer forms in particular – better than Gunter Hampel.
Gunter Hampel: Bounce 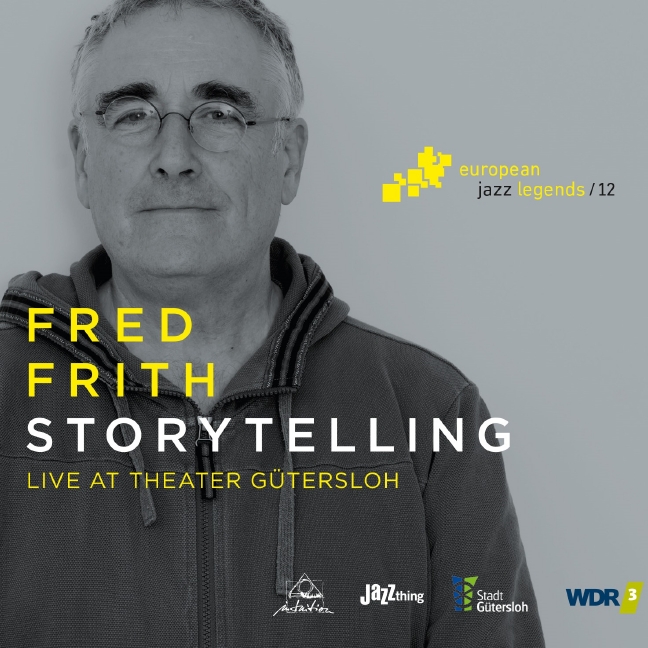 European Jazz Legends 12
Everything you need to know about Fred Frith can be found on this CD. It is in the music, in a trio with the Danish saxophonist Lotte Anker and the percussionist Samuel Dühsler from Switzerland. A tricky concept, improvisation, and one which the 68-year-old guitarist and composer from Yorkshire, who lives and teaches in Oakland and Basel, embodies.
Fred Frith: Storytelling 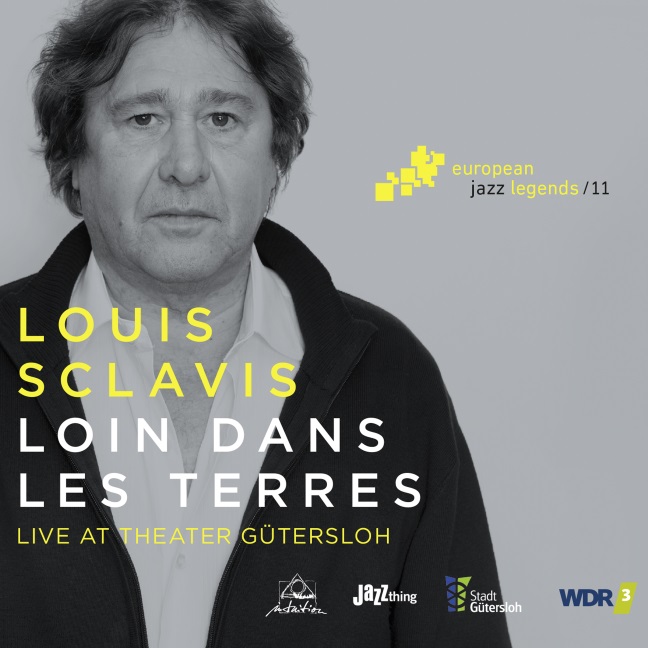 European Jazz Legends 11
The concert documented on this CD opened the WDR 3 Jazzfest at the Theater Gütersloh on February 2, 2017, which also happened to be Louis Sclavis’ 64th birthday. As a present to himself and to his audience, he presented a new quartet that evening, with Sylvain Rifflet, who more than stepped up to the plate as the second reed-voice on saxophone, the excellent Christophe Lavergne on drums and Sarah Murcia on bass.
Louis Sclavis: Loin dans les Terres 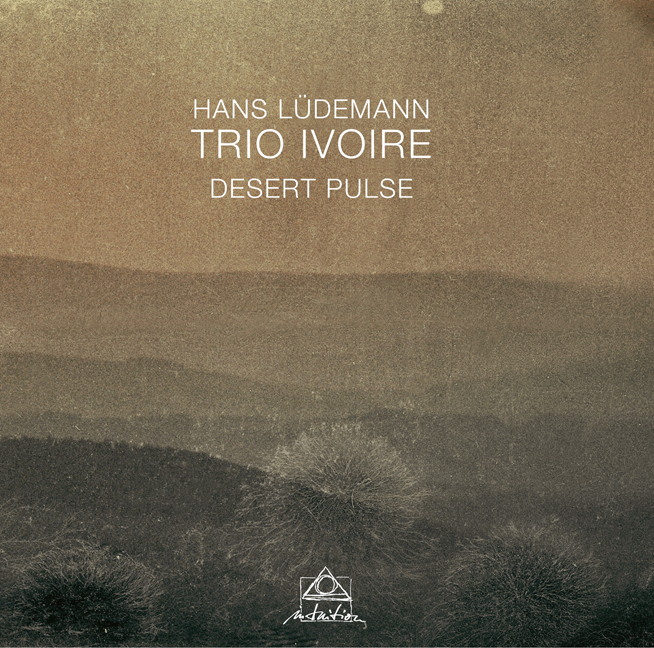 Connections between jazz and West African music
Since they hit it off musically right away, they founded Trio Ivoire that has been exploring the connections between jazz and West African music ever since. Aside from the trio the new album features guest musicians Reiner Winterschladen and Ballaké Sissoko, making the spectrum of sounds even more colorful. The result is music that builds bridges between Africa, jazz and Europe. With its relaxed pace, it represents a counterpoint to the hyped up music of the industrial north.
Hans Lüdemann & Trio Ivoire: Desert Pulse 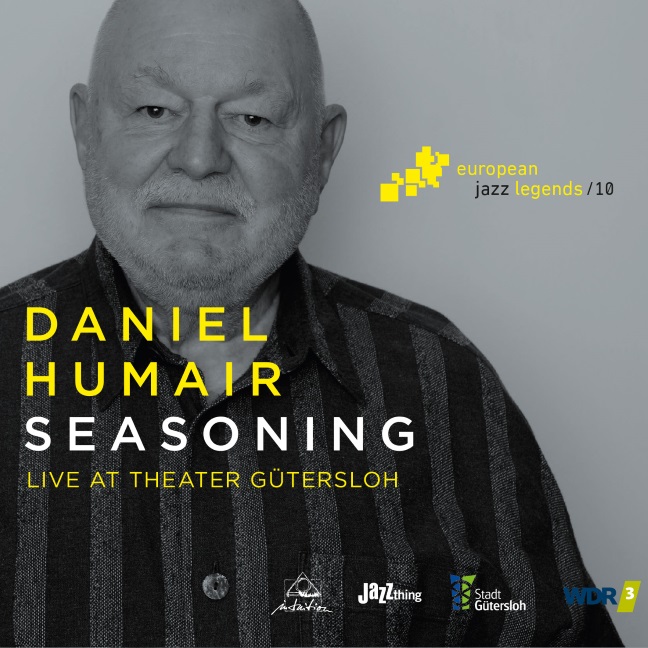 European Jazz Legends 10
American Jazz critic Nat Hentoff once made an example of Daniel Humair as one „who long ago destroyed the notion that European drummers can’t swing“. Daniel Humair brought a new group to his concert, a quartet made up entirely of former students of his from the Paris Conservatory. They made their former professor proud in a set of mostly Humair-compositions, with a completely improvised „Ballad“ by the group as the icing on the cake.
Daniel Humair: Seasoning 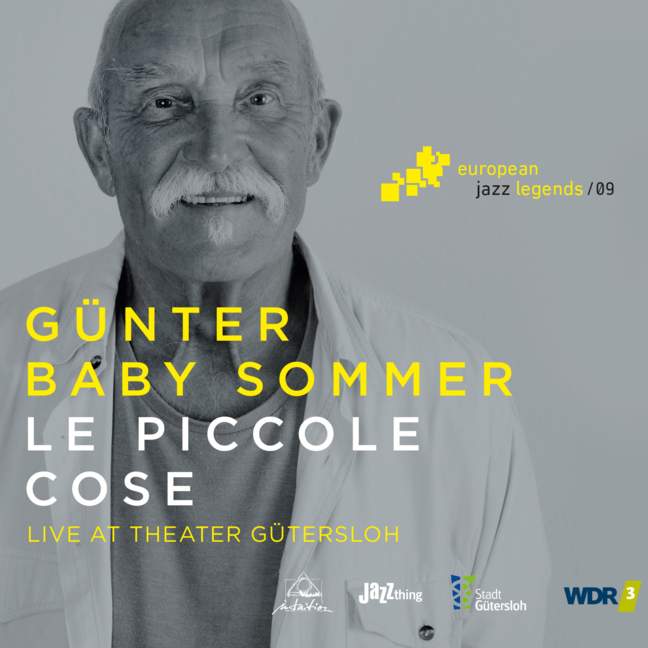 European Jazz Legends 9
Günter „Baby“ Sommer is and has always been interested in widening the instrumental range of his drum set and discovering new repertoire. For this recording Sommer reunited a band he first played with at Jazzwerkstatt Peitz in 1979.
Günter Baby Sommer: Le Piccole Cose